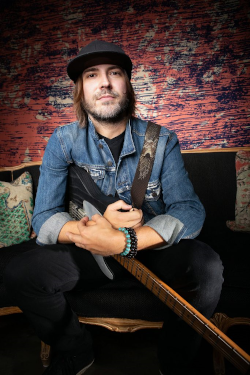 ANDY WOOD is recognized as part of the forefront of this generation’s top influential guitarists.

Currently touring as a solo guitarist and mandolinist along with working on a host of additional musical projects, Andy is also performing live with his own band promoting CAUGHT BETWEEN THE TRUTH AND A LIE, the double album which showcases his vast musical influences and abilities.

Andy has toured professionally with a wide range of acts, including most recently Gary Allan, LOCASH, Rascal Flatts, Scott Stapp, and Sebastian Bach. Looking for an outlet for styles other than hard rock, Andy also released his debut solo album A DISCONCERTING AMALGAM. This instrumental record covers a broad range of genres including fusion, rock, metal, and acoustic bluegrass. Andy Wood is known for blurring the lines of preconceived genres. 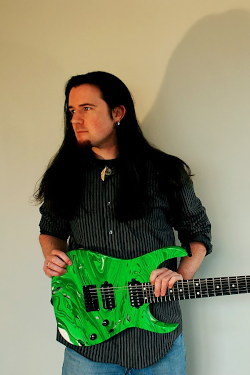 Ben has been uploading content to YouTube since 2010, started tutorials in 2012, and developed the popular series, "This Is Why You Suck At Guitar" in 2013. Since then, Ben also created well over 200 episodes of his weekly lesson series "Weekend Wankshop", started reviewing albums, doing FAQ's, telling his followers Stuff Bands Do, and much more!

Between Ben's YouTube series, weekly Skype lessons with shredders, filling in on tours, and playing regular gigs with Andy Wood, Skankbanger, and Kennedy Wood Band, he is a busy biological stepdad! 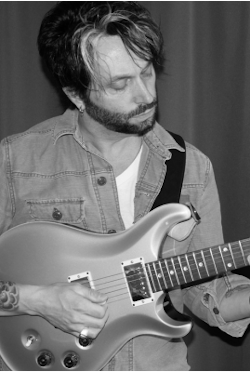 Dave began playing guitar at age eight, and went on to study music composition and theory at Cleveland’s Modern Music School under the tutelage of highly acclaimed composer, arranger (Stan Kenton), and educator, Phil Rizzo. He soon earned two Berklee College of Music scholarships, where he studied under jazz great Garrison Fuel, as well as Larry Bione, Bruce Saunders and Bruce Bartlett.  He also became an honors graduate of Cleveland State University, having earned a Bachelor of Arts degree in Marketing.

Over the course of his career Baker has performed at the White House, the Grand Ole Opry and at the Rock and Roll Hall of Fame, plus toured the US, Australia, China, Switzerland, Germany, and Afghanistan, Kuwait, Kyrgyzstan and Bahrain (the Middle East twice for the USO). 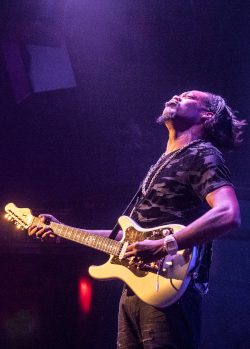 Eric is a lifelong musician, beginning guitar at age four with his bass playing brother, Eugene. Together, the Gales brothers began performing blues and rock music, releasing radio hits, and signing their first record deal with Elektra Records. He rose to prominence due to his virtuosic technique, his singular self-expression, and his unconventional upside-down hold on the guitar, to name a few.

As of now, Gales has recorded 20 studio albums, toured with Carlos Santana in 1994, collaborated in the 2008 touring tribute to Jimi Hendrix, and as of 2020 is a two time recipient of the Blues Music Award for "Blues Rock Artist of the Year". 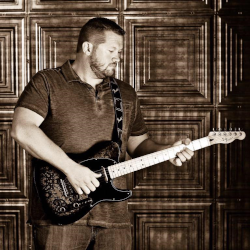 Josh is a Kentucky native from a musical family.  He led the Josh Martin Band for nearly 10 years and is currently playing guitar, piano and mandolin as the utility instrumentalist for Old Man River.  He has released 6 albums and is currently working on his 7th.

Josh has his own contracting company that focuses on the audio industry where he helps with sales and marketing of product across multiple demographics including work for MISCO’s domestic and international sales efforts. 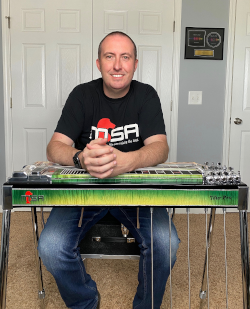 Travis Toy is one of the most sought-after Steel Guitar players in the business. He was born and raised right outside of Lexington, KY, and moved to Nashville in 1999. He started doing session work fairly quickly after moving to town, and also started touring with various artists.

Since 2004, he’s been touring and recording with Rascal Flatts. Between musical collaborations via the Flatts gig, and various other live and studio situations he has found himself in, he has been blessed to make music with a lot of amazing people and quite a few of his heroes.